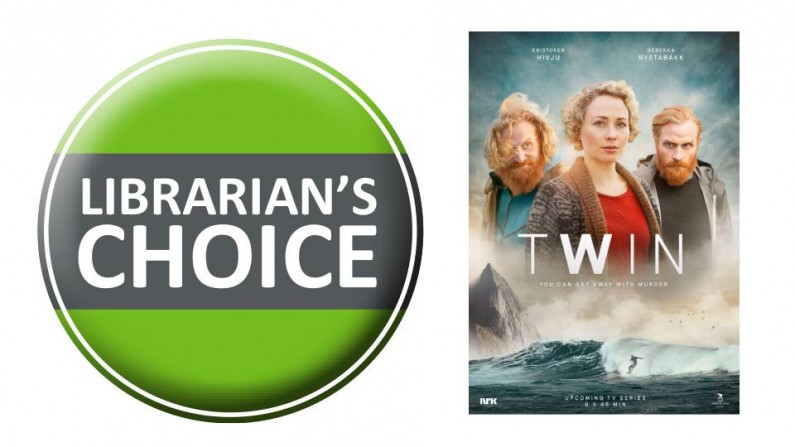 Over eight episodes, this gripping Norwegian crime drama tells the story of estranged identical twins Eric and Adam, played by Kristofer Hivju (of Game of Thrones fame). When Adam is accidentally killed during an argument, Erik sheds his carefree surfer lifestyle and assumes Adam’s straight-laced identity to protect himself and his sister-in-law. As the events of the week unfold, light is shed on the twins’ history and reason for estrangement, while Adam’s wife Ingrid, struggles to keep control of her family and business while covering for Erik.

Twin is set in the stunning Lofoten Islands of Norway, with the story played out against moody backdrops of mountains and ocean, and plenty of surfing and boating action. The drama is slow-paced, yet suspenseful, with a calming soundtrack and opening. Occasional moments of dark, perhaps unintentional, humour cut through seriousness of the situation in which Erik finds himself. It is possible, and tempting, to binge watch the series over a day or two, but with each episode named after a day of the week (yes, there are two Sundays), you're invited to watch just one part per day - heightening the anticipation for the next instalment and allowing you to theorise what might happen. Will Erik (and Ingrid) get caught? Will they get away with covering up Adam’s death? More importantly, do we want them to? The series blurs the lines between who is in the right and wrong, and who you want to succeed.