Home / Books/Movies/Kits / Find your next read / The BiblioFiles / Friday Film Review: The Lighthouse 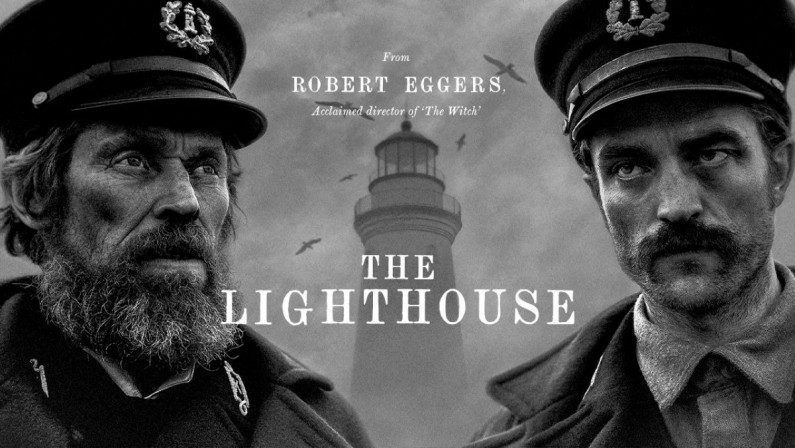 David from Hillcrest Library reviews a film from our DVD Collection each Friday.
This week: The Lighthouse, directed by Robert Eggers.

No need to worry, this is not, as many people think, an adaptation of Virginia Woolf’s To The Lighthouse. Rather, this black-and-white film is more of a horror, or psychological thriller, or survival film, or a study into insanity. Starring Willem Dafoe and Robert Pattinson in criminally underrated performances, The Lighthouse follows two lighthouse keepers who descend into madness when a storm strands them on the remote island they are stationed. This film is unrelenting, gripping, and often brutal.

Not only are the performances excellent, well crafted, and leaning into absurd, but the cinematography is gorgeous. Every shot is framed to perfection. One can’t but help feel they are being pulled in with the tide to the island, stranded with these men. Like a strange mix of Samuel Beckett and Robinson Crusoe, The Lighthouse is a film that will leave you dumbfounded, and you will never, ever, look at a seagull the same way…